Flow was created in 2019 by the company Gizmo, they have previously released monitors to cookgroups within the community which brought them to releasing Flow. The product itself is a chrome extension based tool however, that does not take away anything from its performance or success. It is one of the most advanced tools on the market allowing users to take advantage of the plethora of modes, supported payment processors and supported sites within it. Flow restocks through their designated Twitter account (@gizmosolution) and they tend to sell out insanely quickly due to the demand behind the product.

Flow has a good amount of success considering this is not a standalone bot so it has its limits in terms of what it can do however, it is a very powerful tool to say it is a chrome extension. The developers at Gizmo are continuously trying to add more features to the tool to make it better for users, allowing them to be more successful on releases.

Flow is considered a tool due to it being an extension and based on the purpose of the tool. It currently supports:

One of the things that will shock most people is that Flow supports a lot of sites, payment processors and general types of releases. This has allowed Flow to stay dominant in the tool market and stop users from looking elsewhere as Flow already supports a large majority of what other tools offer. With the recent Flow 2.0 update Gizmo have added support for a ton more sites, as well as adding features that make the tool stand out against the competition such as, the ability to integrate plugins, different types of modes on shopify sites, autofills for even more sites and a lot more. This just continually allows a user of Flow to go for a large number of releases whilst Flow does the work for them. 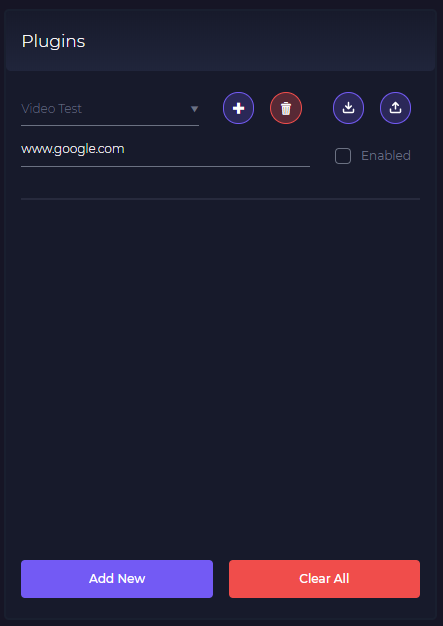 Flow Plugins Page
This page within Flow is arguably one of the biggest features that make Flow one of the best tools on the market, this essentially allows you to build your own plugins dedicated to certain sites all through the extension itself. We can utilise selectors and Xpaths from websites to create parts of these plugins and we can also incorporate keywords to make the plugin even more efficient. Finally, with the use of plugins you can also calibrate any field on a website to be filled out to your purpose, this combined with the ability to create more plugins and the other features of the tool itself make it quite powerful. 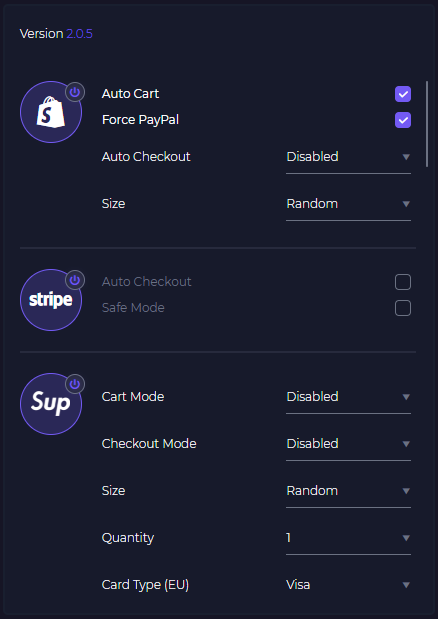 Flow Site Configuration page
With this part of Flow you can configure each site down to its core so it meets your needs accordingly but also toggle certain sites on and off. With this extensive configuration being available to us, we can completely customize what Flow will do to ensure we can be successful on any type of release. One element of this that does stand out is that you can toggle certain sites off and certain sites on all while saving the previous settings meaning if you were awaiting a shock drop and you were using your device normally, deactivating a site will make sure you don't accidentally checkout a product but also allowing you to save your settings. 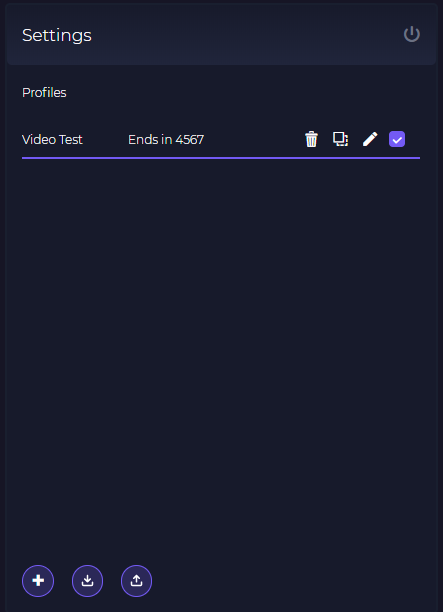 Flow Profiles page
This page within Flow allows us to configure profiles similarly to a regular bot however we can activate them or deactivate them when as we wish. The reason why this is useful is because if a user wants to utilize one profile over another they can quickly switch profiles through the click of two buttons on this page, without having to retype out an entire profile which can be time consuming. With this we have the ability to import and export profiles through the extension too. 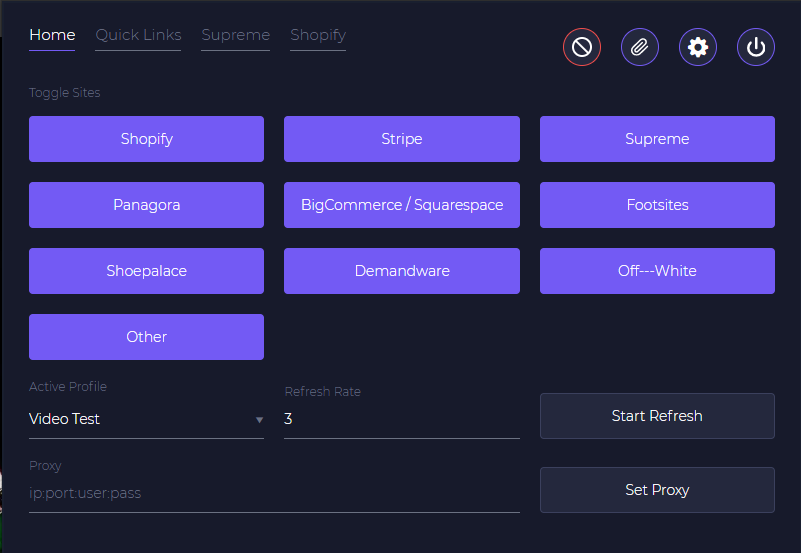 Flow Condensed Page
This page is brought up by clicking the extension whilst you are on a chrome tab bringing up a condensed view of the previous pages we have referenced. On this page you can activate a site from the available options by clicking on it making the site glow purple or deactivate a site by clicking on it once again to make it grayed out. We have a bunch of settings that can be changed quickly through this view as well as some buttons at top to turn off the tool, head to the settings page and customize the shortcut keybinds for the tool.

Support
In terms of support Flow has a discord where all the support is given out to users in an easy to understand manner. They have guides that are released for every type of release so users know what the advised setup is for the release and they also have a ton of documentation paired with videos inside it to portray different features of the tool to the user. They also have a ticket system within the discord to help users through a 1 on 1 environment if they truly need that after reading the documentation.

Where does Flow rank among other tools?
Flow is definitely one of the top tools available on the market currently due to its success but also because of the amount of features within it. This list will get much longer in time, as they are continuously adding more things to Flow and the ability to even build your own plugins inside of the extension just sets it aside from a lot of the competition. 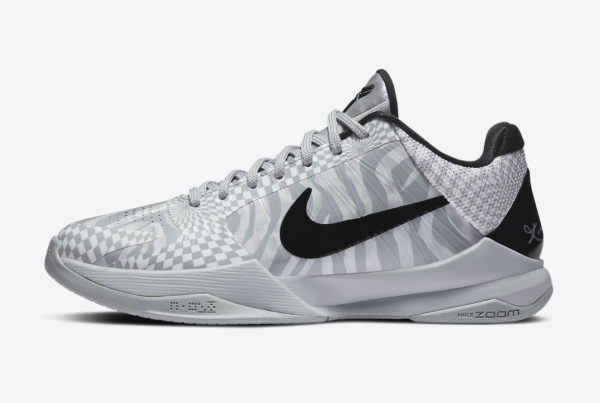 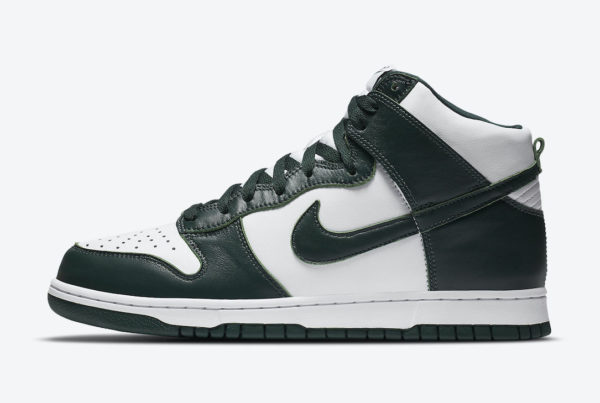 Another dunk release with a very simple design and colorway creating a lot of demand and hype for this dunk. With the low retail of only $120 this will be…
CopSupply
Love0 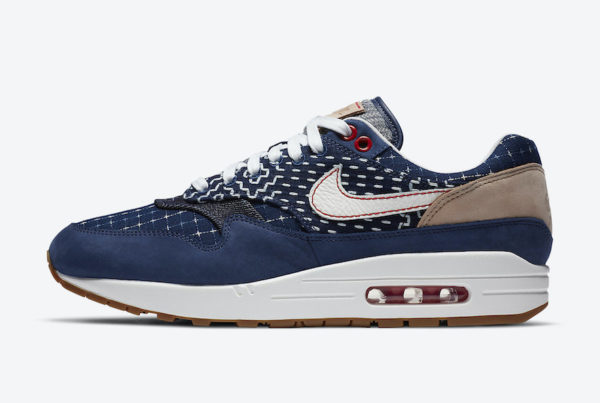 There is a good amount of demand and hype for this Air Max 1. This sneaker appears to be fairly limited due to only a few online retailers releasing these.…
CopSupply
Love0 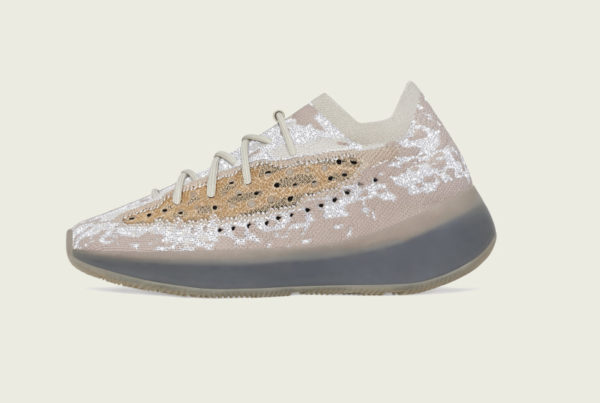 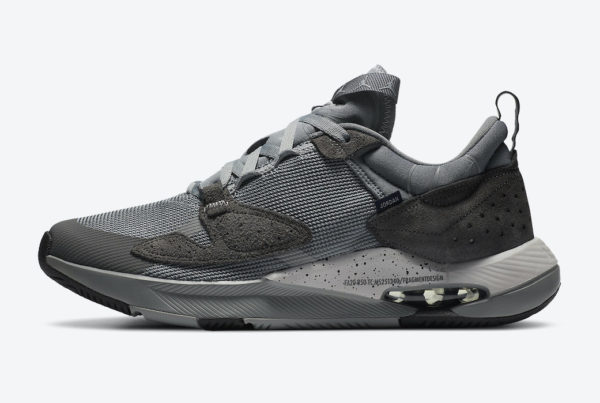 There is not that much demand or hype for this silhouette, but with the collab with Fragment it does bring more hype and demand for this sneaker. This won't be…
CopSupply
Love0 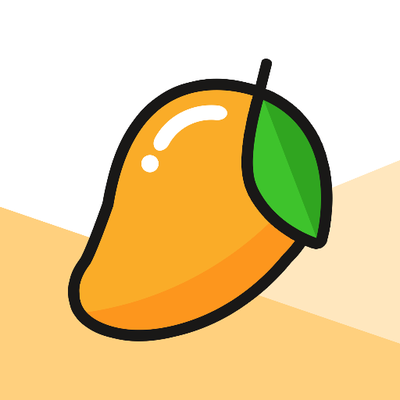 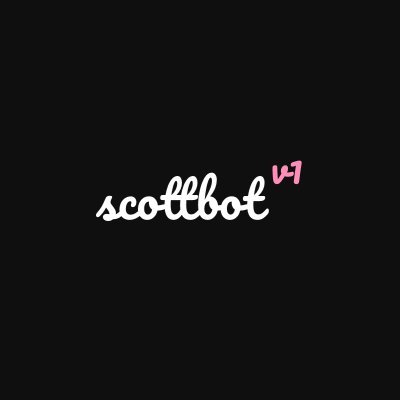 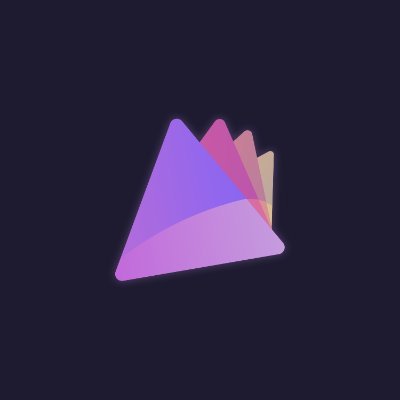