By CopSupplyJanuary 3, 2022Information
No Comments

TheKickSwap is bringing together the leading forces in the sneaker industry. Buy, sell, and trade with thousands of sneakerheads across the East Coast in a massive sneaker convention.

Major players in Connecticut’s thriving sneaker industry are joining together to participate in a major sneaker convention. Launched by a bright, young Southern Connecticut State University business student, the goal is to bring together the community through the means of sneakers. The company was founded by a sneaker enthusiast, who has over a decade of experience reselling sneakers. With a detailed vision, Matt has formulated the company known as TheKickSwap, which will be bringing the latest and greatest sneaker conventions to Connecticut.

Introducing TheKickSwap, a monumental sneaker convention hosted on April 9th, 2022 at the Convention Center in Naugatuck, Connecticut. The Naugatuck Convention Center is a venue containing over 80,000 square feet of usable space, with a capacity limit of 4,000 sneakerheads. With strategic location, TheKickSwap will be compiling sneaker sellers in a massive sneaker convention across the East Coast, with state reach ranging from Connecticut, New York, Massachusetts, Pennsylvania, Rhode Island, Connecticut and more. To add, Connecticut has not seen an event of this degree in over six years! But what separates TheKickSwap from the competitor events?

TheKickSwap is more than just your average sneaker convention. When attending this event, you gain access to a schedule full of events which will make your experience memorable. From guest speakers, to live performances, giveaways, contests, and more, TheKickSwap offers a unique sneaker experience that you will never forget. Traditional buying and selling will also take place, and by attending, you gain access to purchase some of the most sought after sneakers supplied by sellers across the East Coast. As a buyer and or seller, you can utilize this opportunity to network with thousands of like minded sneaker heads and build relationships that you cannot do elsewhere. With an audience of this degree, the opportunities are endless. Come be a part of the history by attending the biggest sneaker convention in Connecticut!

For Ticket & Table prices, head on over to TheKickSwap for more details 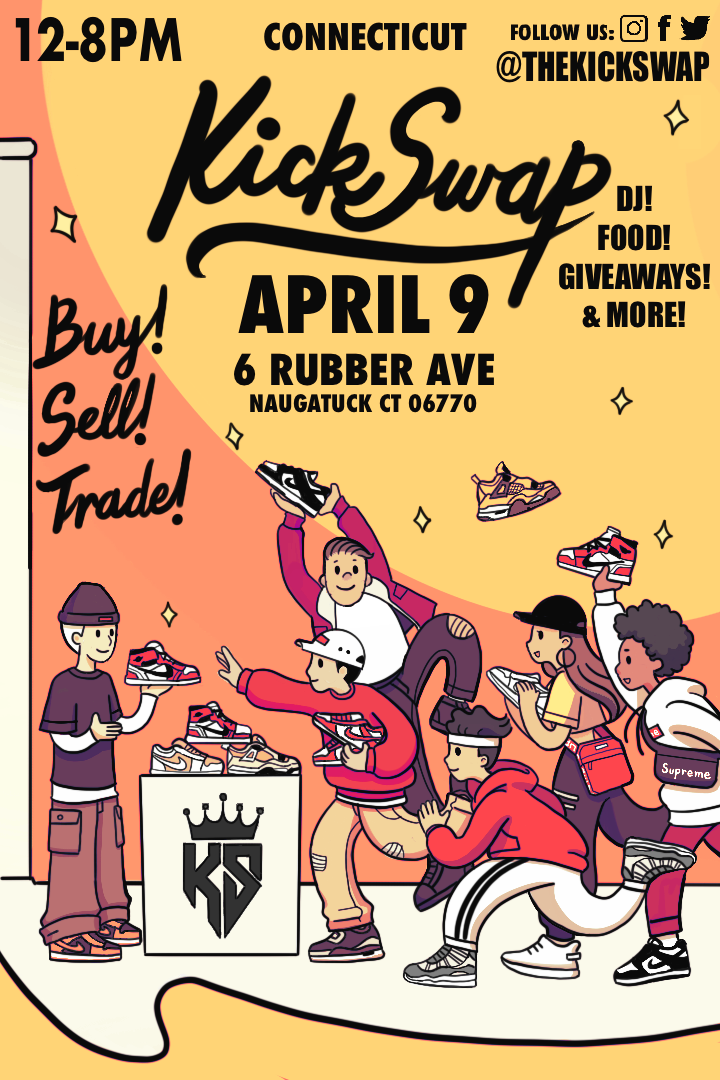